Planning to stay in dairy a decade longer thanks to robots

The Joyce family decided to convert their herringbone milking shed in Strzelecki into a robotic operation after years of hard work and football started taking its physical toll on Peter.

Thinking they might have to go into beef in a few years otherwise, they retrofitted two Lely Astronaut A5 robots this July, which now milk the Joyces' 140 cows between them - saving Peter the 5am starts and long days in the dairy.

Four months after start-up, we caught up with Peter to find out how it’s going. 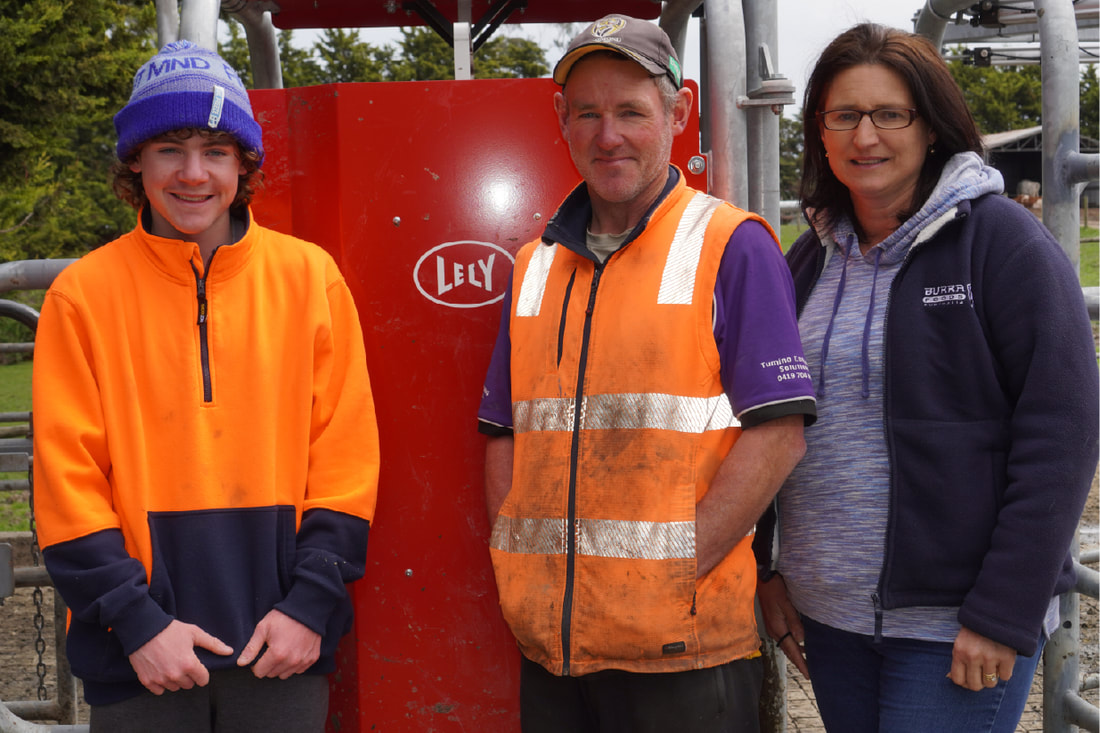 L-R: Logan Joyce with Dad Peter and Mum Larissa in front of their Lely Grazeway.
How the farm had to change

The Joyces decided to keep their two-way grazing system and existing laneways with the robots. “I didn’t have to do too much to get the farm robot ready”, Peter says.

“The two Astronaut robot boxes retro-fitted straight into the herringbone dairy where the cows would normally go through. No changes to paddocks were needed. Some extra rails were added in the yards to make more pens for drafting, and new concrete was needed to level the site for the robot boxes just inside the herringbone entrance.”

“A gap I do have to fill in the future is crossing the driveway, but it will work for now.” 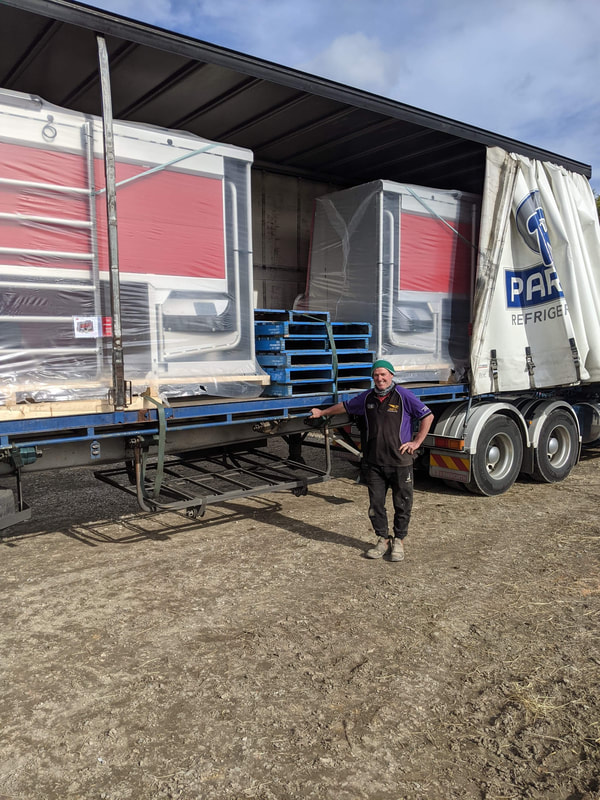 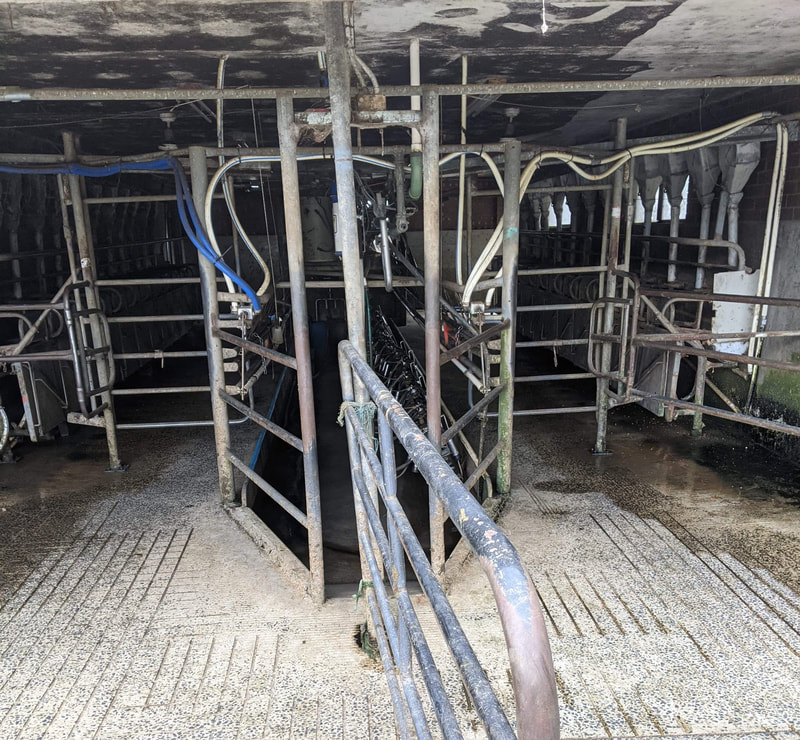 How the cows responded

Peter says he’s still learning the best balance of pasture and fodder to incentivise cows to move through the dairy into fresh paddocks, but most cows are making their own way through now anyway.

“I was very surprised how well they adapted. Other than initial breaking in on the first day the cows were pretty good. Probably because they were going into the old dairy in the same position, that helped them adapt well.

“Every cow is different, some took to them straight away. I had 40 autumn calvers that I had to push in for a few more days. I’ll always need to fetch some cows from each paddock. But I haven’t had to get rid of any cows to accommodate robots.

“They do still jostle to get into the robots first, but the cows seem calmer overall with less human contact.” 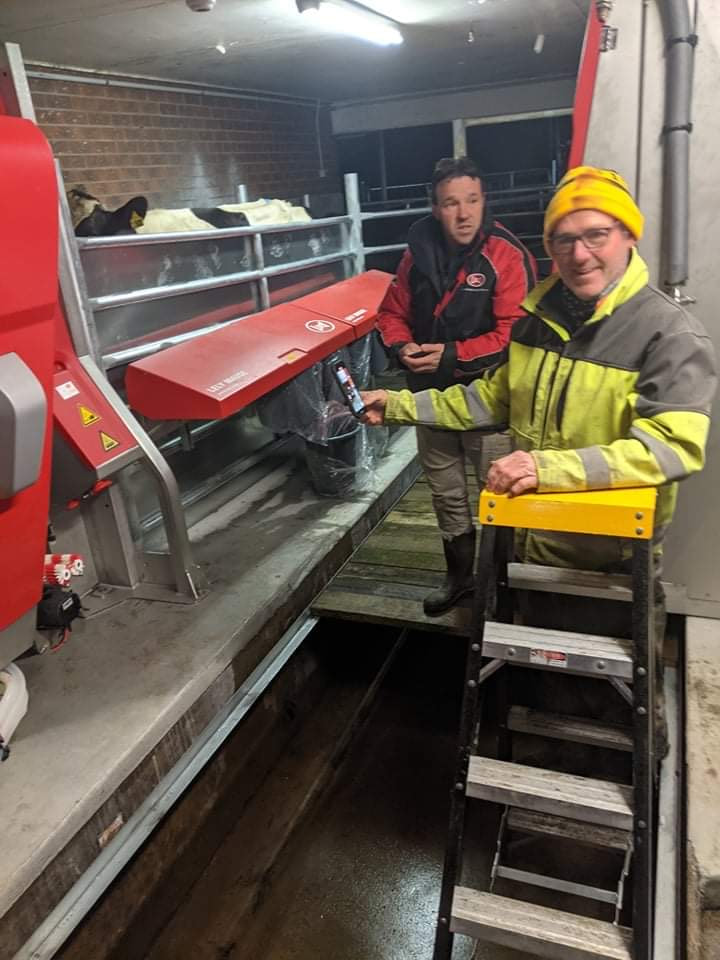 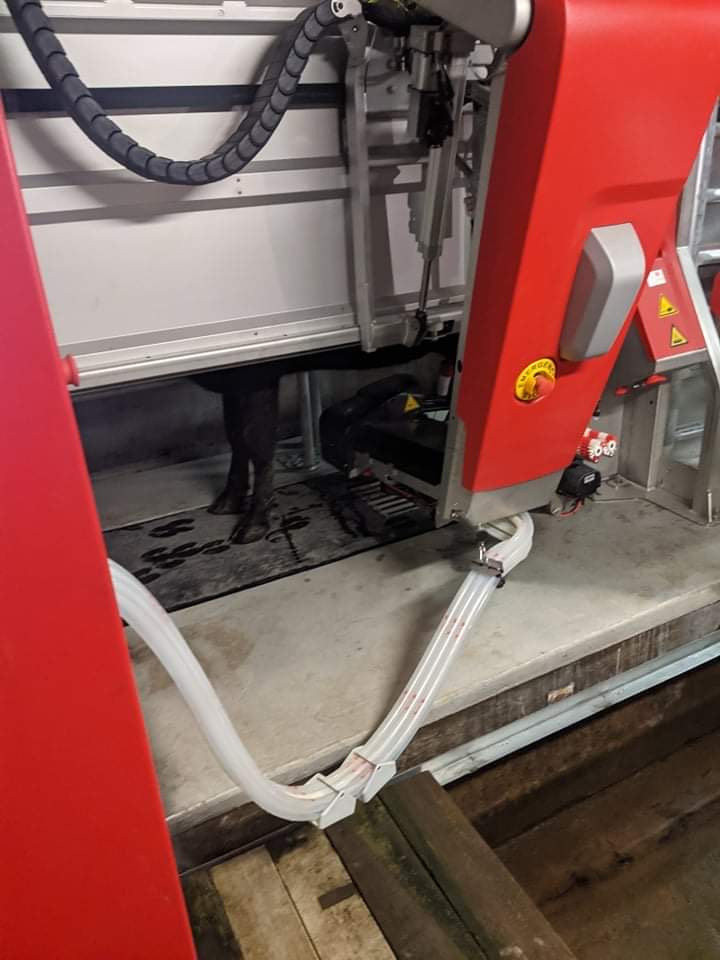 How they're finding the learning curve

Peter was unsure how he’d go with the new tech, but has picked things up well.

“I spend about 30 minutes on the computer each day using the data to help make decisions. Casey Parker does the software support [at Lely Center Gippsland] and helped set up all my computer records.

“I still have a lot to master on the T4C software program to optimize the system - tweaking things like feed, when the cows change from morning to afternoon paddock, adding cow details so the drafting gate can catch the AI cows.

“I have a lot to learn, which I do enjoy, about getting the robots to work for themselves and get the cows to do the work.”

“The Lely technical team come out whenever I need them. They sort out any issues very quickly including after-hours, nights and weekends if required”

How their workday has changed

“I wake up when I wake up; I don’t set the alarm anymore", Peter tells us.

“When I head down to the shed, not necessarily in this order, I rinse down the yards and the exterior of the robots, and wash out the robot buckets that collect colostrum or waste milk. I spend some time on the computer then fetch the cows that haven’t come home on their own, and at the same time I can set up the next paddock too. Then I check any cows that’ve been drafted off for treatment.

“I have more time to spend outside the dairy which means I can concentrate on other things like rearing the calves well.” 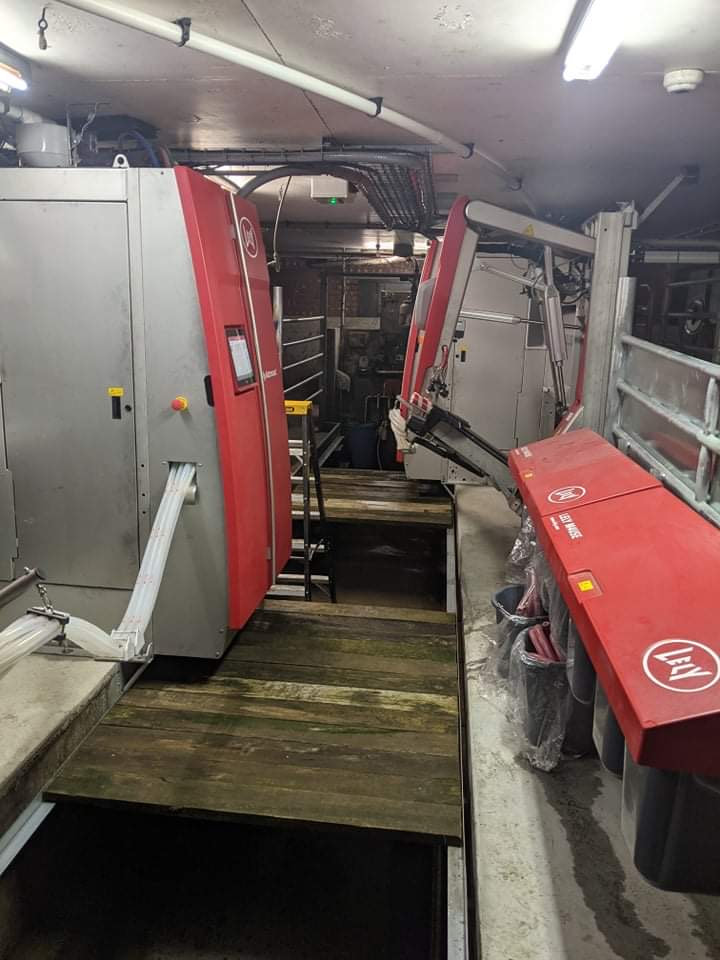 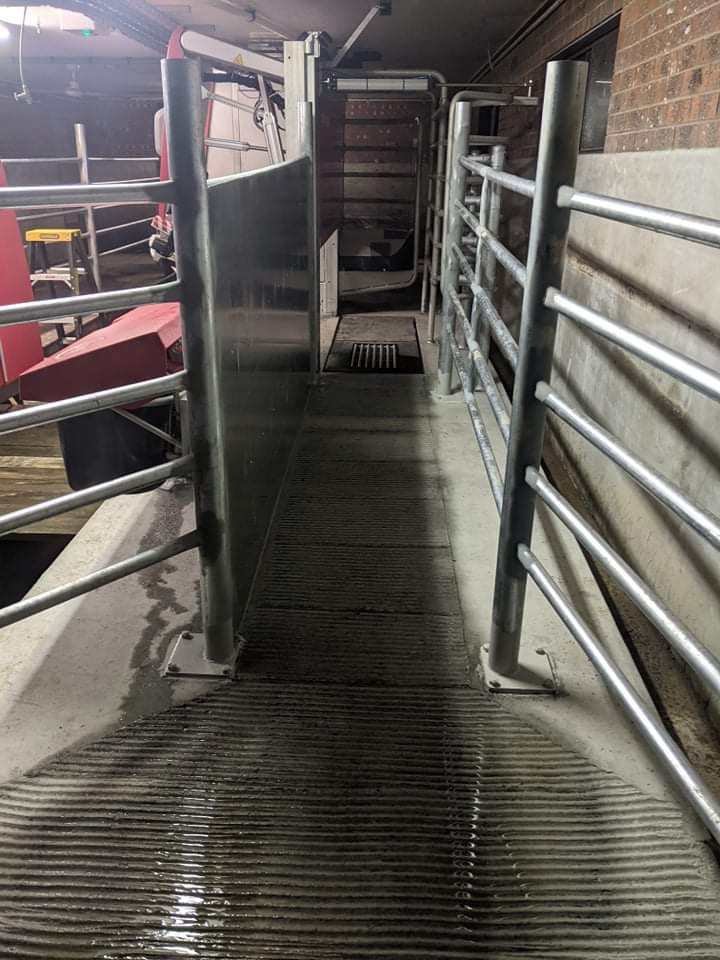 Although it’s too soon to tell the impact on conception and cow health, Peter has noticed some positive changes.

“It has helped to verify whether cows are on heat or not. If there are hardly any rub marks, the data will show you which provides me with reassurance. No need for scratchies anymore. I’m still painting out of habit but may not need to in future.

“It's already been a good season, but with the feed to production system I have seen a grain saving for similar production due to feed efficiency. Giving the cows the feed they need to respond.”

How the numbers stack up

Four months down the track from installation, how’s Peter feeling about the cost versus benefit of his new system?

“The numbers are good thanks to not needing to build a new shed, low interest rates, a good season, and the export job is fantastic at the moment.

“If I didn’t upgrade to robots, I may have gone to beef within the next 2-5 years. With robots I could go at least 10 years now, depending on succession with the kids. The kids are more interested in dairying now with the robots than what we had before.”
Lely robot farmers are excelling on pasture across Gippsland
View more customer stories